The word ‘selfie’ has recently been added to the Cambridge Dictionary and has been announced as their ‘Word of 2013’. But what is a ‘selfie’?

A selfie is a word of the modern age, a word born in the world of technology. It means a self-portrait photo, that’s usually taken while holding a mobile phone or camera and pointing it at yourself. Selfies are usually taken for social networking. 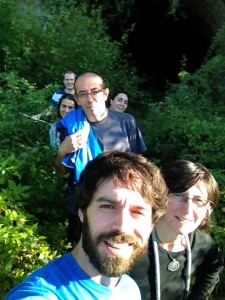 Last year’s word was ‘omnishambles’, which means a situation that has been completelty mismanaged and seen as shambolic or as a disaster from all perspectives.

English is constantly changing, and because of this constant change, and the fact that English accepts some foreign words and has become an international language, means that it probably has more words than any other language, but it is impossible to count for sure.

Here at Optima Communication, we sometimes like to play a game in the evening with students, where we choose an old English word and all the teachers and students have to invent a definition, then everybody has to vote for their favourite. This is a really great game, because it’s one where the students have the opportunity to beat the teachers in an English language game! And they usually do!

What new words have you heard?
Is the language in Spain used by the younger generations vastly different to older generation?